This might be the silliest post I’ve written so far (yes – worse than “Was Disney trying to kill mathematicians?”). I urge you to stop reading now unless (i) you are quite familiar with the mathematical notion of energy (e.g., additive energy), and (ii) you have a horrible sense of humor.
The term energy was coined by Tao and Vu. I like “energy” as a name for this object, but I never had a good answer when asked why this is how it’s called. That is, until a referee report provided me with an answer. And this wonderful referee probably didn’t even know it.
In a recent paper, Cosmin Pohoata and I used “color energy”. We have a graph

with colored edges. Denote the color of an edge

. The color energy of

(the number of edge of color

), and asked to change it to

. After this change of notation, the energy is defined by the standard formula

I recently attended a wonderful workshop about Algebraic methods in combinatorics, which took place in Harvard’s CMSA. There were many interesting participants from a variety of combinatorial fields, and a very friendly/productive atmosphere. My talk focused on a recent work with Cosmin Pohoata, and I also mentioned some distinct distances result that we derived. During the talk Zeev Dvir asked about an additive variant of the problem. After thinking about this variant for a bit, I think that it is a natural interesting problem. Surprisingly, so far I did not manage to find any hint of previous work on it (this might say more about my search capabilities than about the problem…) 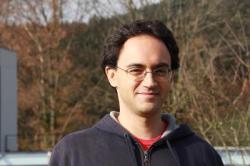 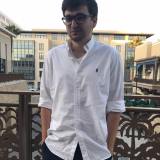 is a set of

real numbers with the property that for any

is the minimum number of differences determined by a set of

reals with no 3-term arithmetic progressions. Behrend’s construction is a set

with no 3-term arithmetic progression and

.
For another simple example, Consider a constant

. Since we consider only positive differences, any set of

reals determines at most

differences. If a specific difference

times, then by taking the numbers that span

. Thus, by asking every subset of size

to span at least

differences, we obtain that no difference repeats

Repeating a simple argument of Erdős and Gyárfás gives

That is, when moving from

, we move from a trivial problem to a wide open one. My work with Cosmin Pohoata leads to the following result.
Theorem 1. For any

we get the bound

we get a significant improvement for the range of the Erdős-Gyárfás bound:

Since not much is known for this problem, it seems plausible that additional bounds could be obtained using current tools. Our technique does not rely on any additive properties, and holds for a more abstract scenario of graphs with colored edges. Hopefully in the case of difference sets one would be able to use additive properties to improve the bounds. Moreover, so far I know nothing about much smaller values of

.
Proof sketch for Theorem 1. For simplicity, let us consider the case of

are handled in a similar manner. Let

be a set of

reals, such that any

. We define the third distance energy of

The proof is based on double counting

is the number of representations of

as a difference of two elements of

. Note that the number of 6-tuples that satisfy

To obtain a lower bound for

, it remains to derive an upper bound for

denote the number of differences

denote the set of

, then there exist a subset

(see the paper for a full explanation). Thus, for every

. These are all subsets of the same set

, and every three intersect in fewer than

elements. We now have a set theoretic problem: How many large subsets can

have with no three having a large intersection. We can use the following counting lemma (for example, see Lemma 2.3 of Jukna’s Extremal Combinatorics) to obtain an upper bound on

be a set of

be an integer. Let

, each of size at least

for large values of

and with a couple of standard arguments leads to

Over the years, more and more interactions between Discrete Geometry and Additive Combinatorics are being exposed. These include results such as the Green–Tao ordinary lines theorem and Solymosi’s sum-product bound. One reason for this connection is that both fields study the structure and symmetries of various objects (such as sets of points or subsets of additive groups). In this post I will discuss one of the simplest connections between the two fields — studying the additive energy of a set of points in a real space

. The main goal of the post is to present two open problems that involve the additive energy of such sets. I heard one of these problems from Nets Katz and the other from Ciprian Demeter. In future posts we might discuss more involved interactions between the two fields. 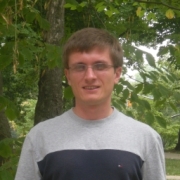 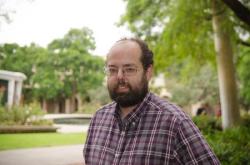 END_OF_DOCUMENT_TOKEN_TO_BE_REPLACED

I finished my additive combinatorics class, and placed all of the lecture notes in the pdf files page. This quarter was rather short and I did not get to do several topics I had in mind. Perhaps I’ll add notes for some of these at some point. For now, let me just list the chapters that did not appear in the previous post.