After surveying some of the variants of the distinct distances problem (part 1, part 2), I would now like to discuss a technique that is used to study such problems. As usual, thanks to Micha Sharir for helping in the preparation of this post.
Guth and Katz’s seminal work provided an almost tight bound for Erdős’s planar distinct distances problem. One can regard the proof of this bound as consisting of four main tools:
This series of posts discusses the Elekes-Sharir framework from the first item. This framework already has several applications beyond its original use by Guth and Katz, and more applications for it are constantly being discovered. Recent bounds for other variants of the distinct distances problem rely on this framework (this will be discussed in the following posts), and a recent work by Bennett, Iosevich, and Pakianathanalso applies it in finite fields. The framework is also used to obtain bounds for classes of congruent and similar triangles and distinct area triangles. Currently, the main challenge might be to extend the reduction to distinct distances problems in higher dimensions. While initial work in progress indicates that this can be done, the resulting problems still seem to be hard to tackle. Still, one might hope that applying the reduction in some clever manner would lead to a more elegant problem that can be solved more easily.
Before getting to the technical details, we begin with some of the history of the Elekes-Sharir framework. Then we move describe the basics of the Elekes-Sharir framework. In the following posts we discuss other applications of the framework. We will present a variant of the reduction, reproving Szemerédi’s bound on the minimum number of distinct distances where no

points are collinear. While this alternative proof can be seen as equivalent to Szemerédi’s original proof, I think that it gives more intuition about the reduction and prepares us for more advanced applications. Afterwards, we will discuss such an advanced application — namely, the number of distinct distances between two planar sets of points, each on a different line. This result is taken from this paper. 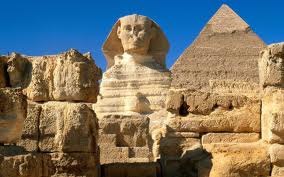 Elekes and Sharir used to think about the distinct distances problem, and around the turn of the millennium Elekes communicated to Sharir the basics of a reduction from this problem to a problem of bounding the number of intersections in a set of helices in

). Although this reduction seemed elegant and somewhat surprising, the resulting problem appeared hopeless with the existing tools for solving incidence-related problems. Thus, the reduction was abandoned for nearly a decade.
György Elekes passed away in September 2008. A few years earlier, he has made some progress on a very simplified variant of the 3-dimensional incidence problems that his reduction leads to (in this variant, one asks for the number of incidences between points and equally inclined lines in

-axis). Elekes communicated this result too to Sharir, concluding the email by writing

“By the way, in case of something unexpected happens to me (car accident, plane crash, a brick on the top of my skull) I definitely ask you to publish anything we have, at your will.”

This progress too was left untouched until Elekes’s death. His son, Márton Elekes, found this note while going over his father’s files, and asked Sharir to try and publish it. In a curious turn of events, while Sharir was extending and polishing Elekes’s note and planning to publish it, Guth and Katz published their work on the joints problem which provided new tools for dealing with incidences in

(and in a way initiated the recent use of algebraic techniques for problems in combinatorial geometry. In fact, the initiation is due to Dvir, who has used similar ideas for related problems on finite fields. Nevertheless, the application of these tools in the real domain has originated in Guth and Katz’s work.). Sharir simplified the reduction so that it resulted in a problem concerning incidences between points and parabolas in

, applied the tools from Guth and Katz’s joints paper to obtain some initial (weak) bounds for the point-parabola problem, and published the result. Publishing the reduction, thereby exposing it for the first time to the general community, proved to be a good idea, because hardly any time had passed before Guth and Katz managed to apply it to get their almost tight bound for the distinct distances problem. Guth and Katz further simplified the reduction so that it has now resulted in a problem concerning intersections between lines in 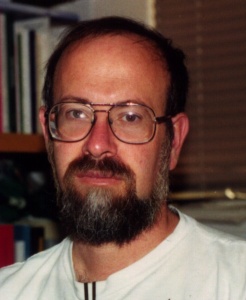 The basics of the reduction

points in the plane, and let

. The reduction revolves around the set

are ordered in the sense that

, and the other possible permutations are all considered as distinct elements of

are allowed to share vertices, though we do not allow a quadruple where both

is allowed). Basically, the reduction is just double counting

, and we begin by deriving a lower bound. We denote the set of (nonzero) distinct distances that are determined by

As before, we consider

as two distinct pairs in

since every ordered pair of

is contained in a unique set

pairs of the form

. By applying the Cauchy-Schwarz inequality, we have

It remains to upper bound

. Specifically, if we manage to derive the bound

forms a left turn after applying the transformation if and only if it originally formed a left turn. In the following figure, the second rigid motion is not proper since it does not preserve orientation.

, consider the rotations that take

. The origin of such a rotation must be equidistant from

. In other words, the centers of these rotations must all be on the perpendicular bisector of the segment

. Conversely, every point on the perpendicular bisector of

is the origin of a rotation that takes

. An example is depicted in the following figure.

and recall that by definition

. We can always apply a rotation that takes

and then rotate around the new position of

. This translation followed by a rotation is a proper rigid motion taking

. To see that there is a unique proper rigid motion that takes

the perpendicular bisectors of the segments

are parallel, then there is a unique translation taking

, and no rotations. Similarly, if

intersect, then there is a unique rotation taking

, and no translations. Specifically, the origin of this rotation is the point

, and the angles of rotation from

. The two cases are depicted in the following figure.

By the above, we have the following equivalent definition for

if and only if there exists a proper rigid motion

(the implication which is not considered above is trivial: If there exists a proper rigid motion that takes

). We say that the quadruple

. That is, our goal is to show that the number of quadruples from

that correspond to a proper rigid motion is

. As already noted, such a bound, combined with

that correspond to a translation. Given the first three points of a quadruple

, there is at most one point in

that can complete it to a quadruple that corresponds to a translation. Thus,

correspond to a translation.
Bounding the number of quadruples in

that correspond to a rotation is more difficult. A rotation can be parameterized using three parameters — two parameters for the origin and another one for the angle of rotation. Given a rotation with origin

and an angle of

, Guth and Katz parameterize it as

. The advantage of this paramterization is that, given a pair of points

, the set of parametrizations of the rotations that take

is exactly the following line in

The proof of this property is a rather standard calculation which is not relevant to the rest of our discussion, so we do not present it here. Notice that the projection of

-plane is the perpendicular bisector of

is obtained by “lifting” the perpendicular bisector of

to a line in

whose slope in the

, as is easily checked.
Consider a quadruple

be the pair of lines in

. If the intersection point

exists, then it is the parametrization of a rotation taking both

. That is, the quadruple

corresponds to a rotation (and is thus in

intersect. The following figure depicts such a quadruple of points, the two perpendicular bisectors, and their “liftings” to

Pairs of points from

lines in the parametric space

, and there is a bijection between quadruples that correspond to rotations and pairs of intersecting lines. Thus, an upper bound of

on the number of pairs of intersecting lines would imply

, as required.
By placing

lines on a common plane or regulus we can easily obtain

pairs of intersecting lines. However, the lines that are obtained by the above reduction are restricted and cannot all be on a common plane or regulus. Specifically, Guth and Katz show that no plane or regulus can contain more than

of these lines. With this additional restriction, Guth and Katz prove that no more than

pairs of intersecting lines are possible. The proof is somewhat complicated, and I might write about it in the future. Instead, in the following posts we will discuss additional applications of the Elekes-Sharir framework.

8 thoughts on “The Elekes-Sharir Framework (part 1)”